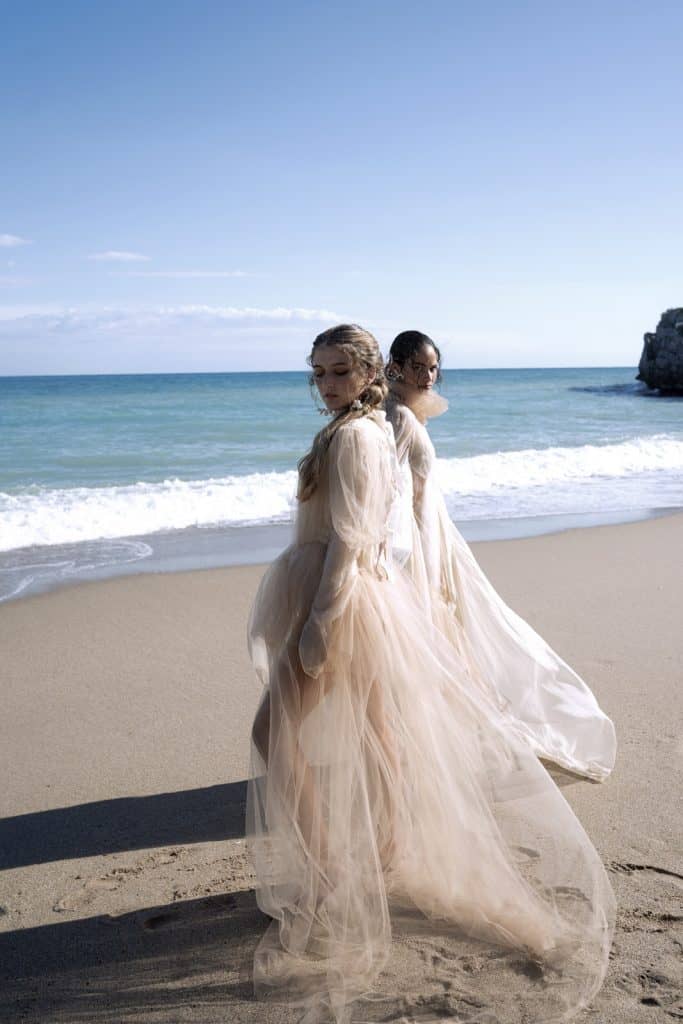 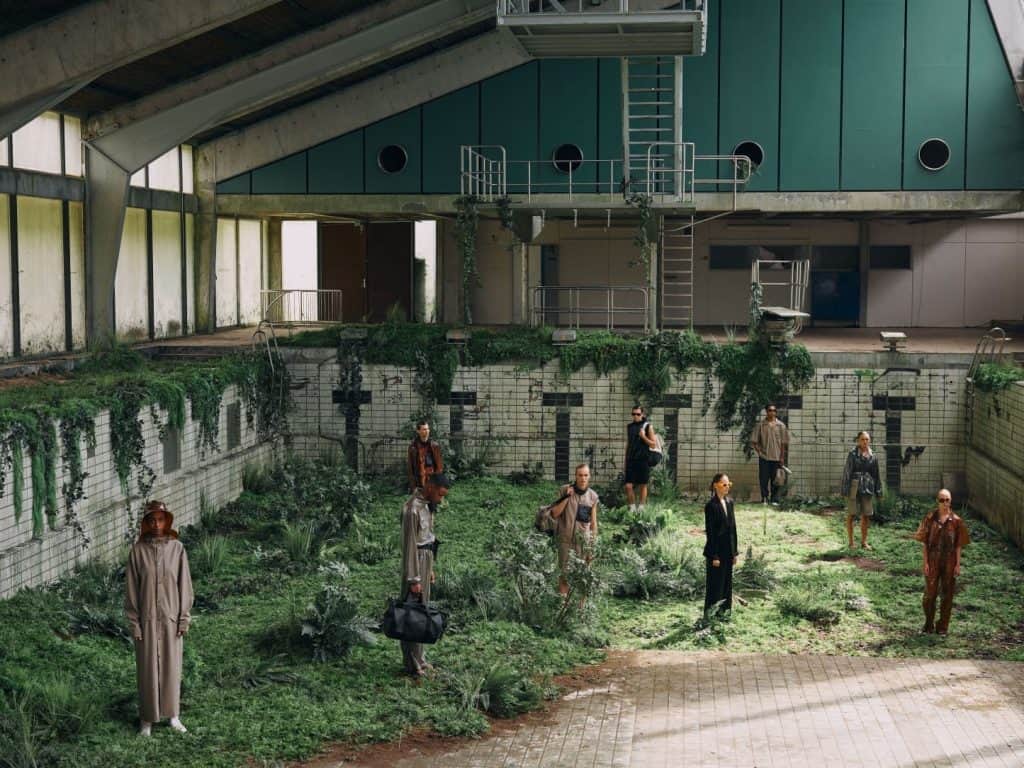 Milan Fashion Week ended just over a week ago and already screams transformation and revolution to the world. It as people change their way of living, reacting and interpreting that the soul of the fashion changes its expression.
The strength of the entire Italian fashion system is confirmed by the “City of Fashion” themselves: while Paris, New York and London remain in the digital comfort zone, Milan hosts the week of Phygital fashion: reality and multimedia that shake hands.

Absolute freedom in the way of organization, fashion behaves like a person this year. The individual cities of the Spring Summer 2021 Fashion Week make a selection between digital and physical and the brands themselves choose which is the better for that reflects their spirit or which one to identify with. Exceptionally, Valentino chooses Milan, he prefers the physical event with a co-ed women’s and men’s show. The brand leaves Paris, which has been Valentino’s DNA for years, and chooses Italy as an opportunity, an unusual homecoming that seeks identity in its history. Among those who have instead chosen the digital form, Missoni stands out, Prada, with the debut of Raf Simons as creative co-direction with Miuccia Prada; and Bottega Veneta, which confirms for the second time the multimedia alternative with which in July 2020 it presented the Spring Summer 2021 pre-collection in co-ed for women and men. The launch of the capsule collection between Emilio Pucci and Tomo Koizumi, the 55th anniversary of Laura Biagiotti, celebrated with an unreleased video and the co-ed presentation of creatives Fiona Sinha and Aleksandar Stanic with Trussardi for Archive + Now enriched the digital calendar.

Milan is the edition of exits and great returns, such as that of Dolce & Gabbana, which like Valentino had not participated in the Italian catwalk for years. And among the great protagonists, Giorgio Armani joins digital choices but revolutionizing himself: the catwalk hosts the collection physically but behind closed doors. He gave life to his presentation by broadcasting it live on La7, attracting millions of people to the vision of his event on TV and approaching the houses: he tells himself in new guises and very close to the times we have recently lived. Armani’s decision has opposite meanings: respect for safety rules or a social approach that breaks the division between luxury and us “mere mortals? “.

In line with this revolutionary spirit, Urban Vision, a leading media company, is still confirmed as the streaming tool of Milan Fashion Week, the large screens positioned in various points of the city of Milan and in Times Square broadcast the contents of the Italian Fashion Week. Stages in all respects that interact more and more deeply with their interlocutors.

Paris also closes the doors of Fashion Week and leaves a digital memory very close to the innovations of Milan. But the link to the physical event in Paris also exists and among those who walked the catwalk with an audience we find not only Chanel, present again at the Grand Palais, but also Christian Dior, Balmain, Acne Studios and many others, and events by appointment as in the case of Alexande Vauthier, Giambattista Valli and Schiapparelli. There are 45 digital events planned: among the brands that opt for the new mode, Roger Vivier with a micro film, Miu Miu, Balenciaga and Givenchy.

Rihanna with Savage x Fenty is also on the digital side by broadcasting her collection in the form of a show on Amazon Prime Video. The protagonists are friends of the Star and internationally renowned personalities including Paris Hilton, Lizzo, Irina Shayk and many others. They soundtrack the show Travis Scott, Rosalía and the musician Miguel. A 360-degree performance that once again inaugurates the multimedia turning point as the real 2021 trend.

Paris chooses a platform for the general transmission of its digital contents, inaugurated in July, creating an archive of fashion films. An experience that is also complete, immersive and sensorial, which recreates the reality of a virtual place.
Great attention was paid to the new presentation of the collections, virtual or physical, making the events themselves real trends. But the characters, the voices, the first places are the outfits, the garments, the clothes, the fabrics and everything that is a reflection of the fashion product. The links between product and digital do not go unnoticed, between fabric and display, between historical period and accessories, between trend and innovation. The choice to show the man (which usually shows in January and June) with the woman is the mirror of the moment, it is a renewing spirit, it is change.

The man on the Spring Summer 2021 catwalk loves color: from the brightest hues to neutral tones, passing from pastel to fluorescent colors. And this is how women also walk around wearing color contrasts: yellow, green, pink, red that color lighter garments and more severe and decisive outfits, in contrast to delicate shades. Double and opposite combinations, ambivalent meanings. The digital novelties revisited in the 3D flowers of the dresses are the cover of the new system. And again overlapping of materials, or even real clothes, in the forefront the mix and match and patchwork. Voice to contrast, to sentiment, to what is most dissolved. The masks that become part of the outfit with particularly creative details are the consequence of what has happened and is happening in the world, the reaction to what has happened. Wide, soft lines are a symbol of comfort. Shapes that do not bind, that do not force but favor movements, choices. Trends that tell the present and the need for freedom.

The passing of the baton between Milan and Paris reflects the new free expression of fashion: the result of strength in its ability to create a system and to make TRENDS in the most difficult of moments. 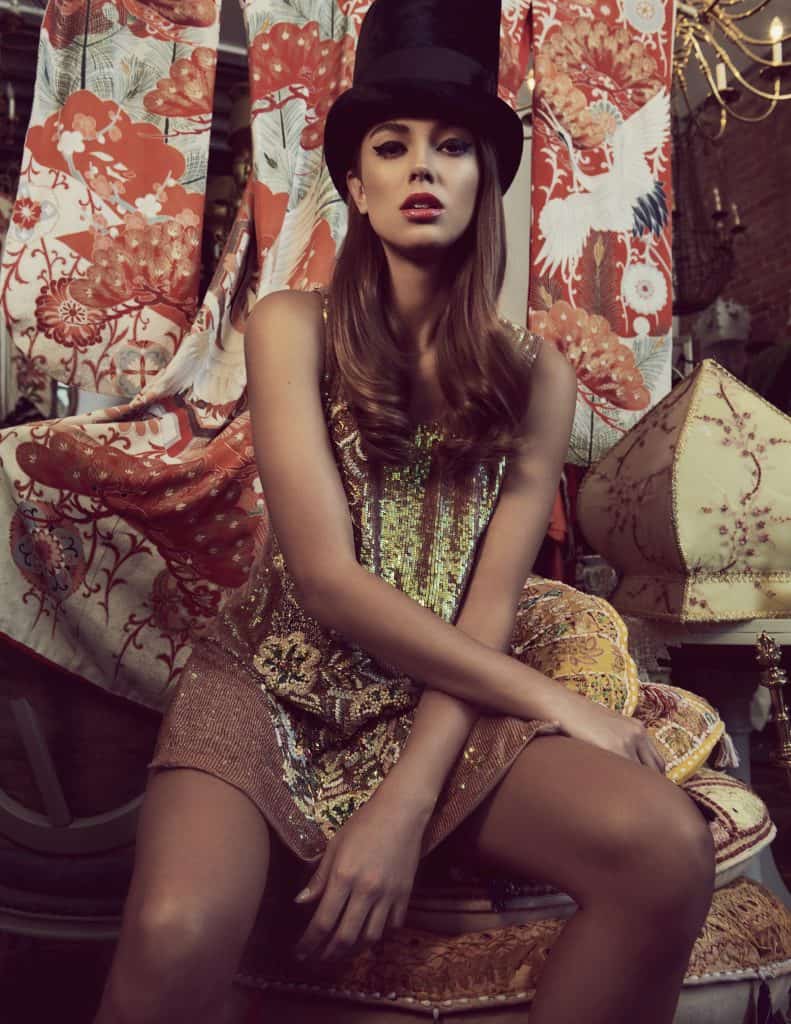 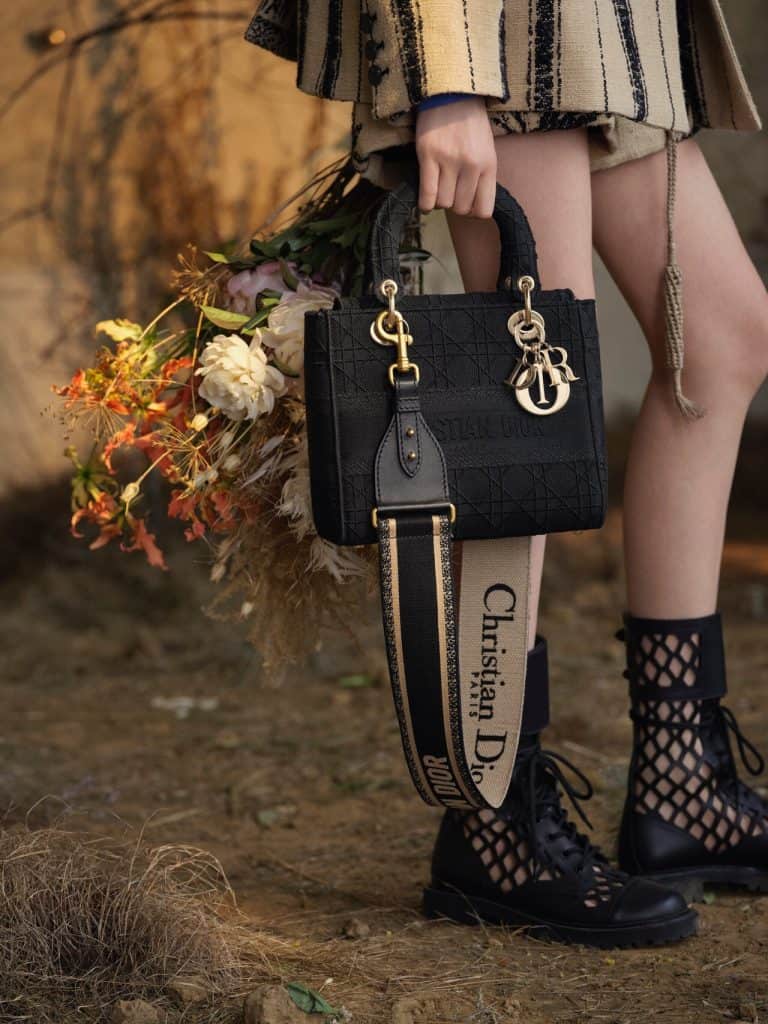 Like any strong and independent woman, Diana Spencer, had a “handbag of the heart“, which she treated as her best friend.

Lady Dior, is initially christened with the name of “Chouchou” and looks like a small and squared model, with rigid and rounded handles and a seam that forms particular motifs. But what differentiates it from any other bag, are definitely the charms that form the word “Dior”.

The name “Lady Dior” was given on September 25, 1995, in Paris, when Bernardette Chirac, during the opening of an exhibition, gave Diana this little accessory that later became one of her favorites.

Lady Dior has been reinvented over the years, reaching the current model that Maria Grazia Chiuri, creative director of Dior since 2016, has designed for contemporary women.

Christened “Lady D-Lite“, the new SS2020 bag is a model completely embroidered with 3D Cannage motif (motif that reproduces the workmanship of a French armchair), charms jewelry as usual and the signature Christian Dior on the front.

As always, a guarantee by Dior. 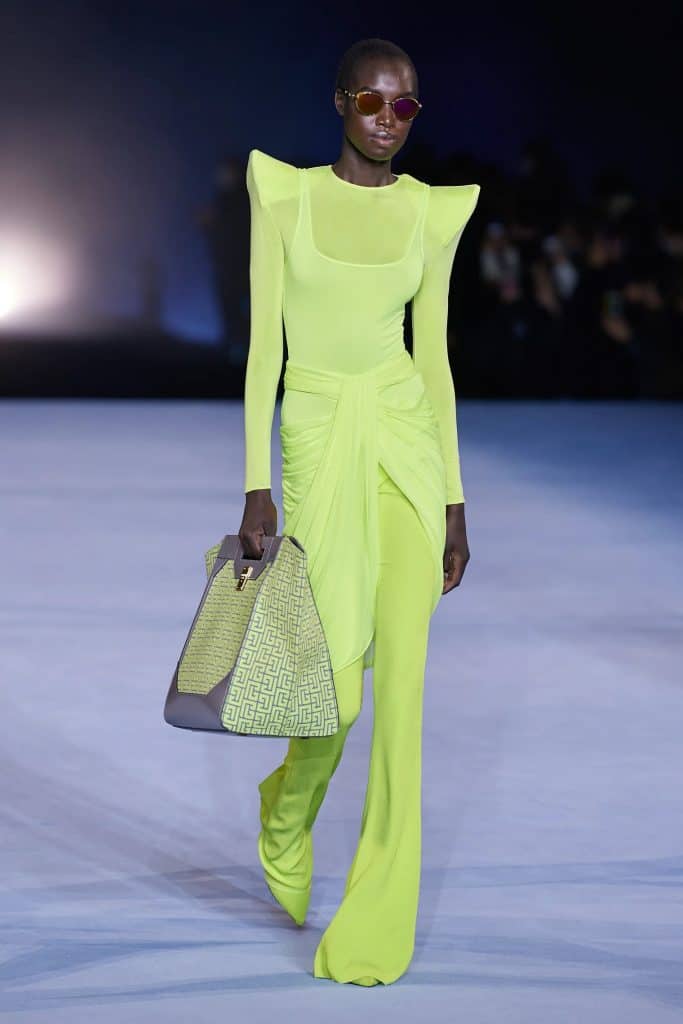 The last Balmain show brings on stage some looks in fluo colours. These last render homage to the 90’s power dressing.

The main colours we can notice are yellow highlighter and neon pink.

Last year, another global luxury brand took on the runway fluo colours. It was Saint Laurent, which with its nocturnal fashion show, lightened some clothes with a UV neon.

In 2018, Miuccia Prada also designed some fluo dresses for the winter women’s collection.

Neon colours aren’t as complicated to style as you might think. Undoubtedly, they are flashy, but they are really fine to wear if you get it right.

Pairing the neon colours with white and grey is a good start! We can consider these colours very nice, feminine and add intrigue to your style and your personality.

JUST ONE RULE : don’t over-mix neon colours in order not to look like a three-coloured traffic lights.